In 10 minutes, we’ll show you why so many of the world’s top brands place their trust in Daon.

In a world of change, we’re building
identity assurance that lasts.
Watch How

Fast mobile authentication using your face, voice, or fingerprint? We helped invent that technology. And today, we’re building even faster, safer ways to help connect your customers to the services they love, in every channel, for life. 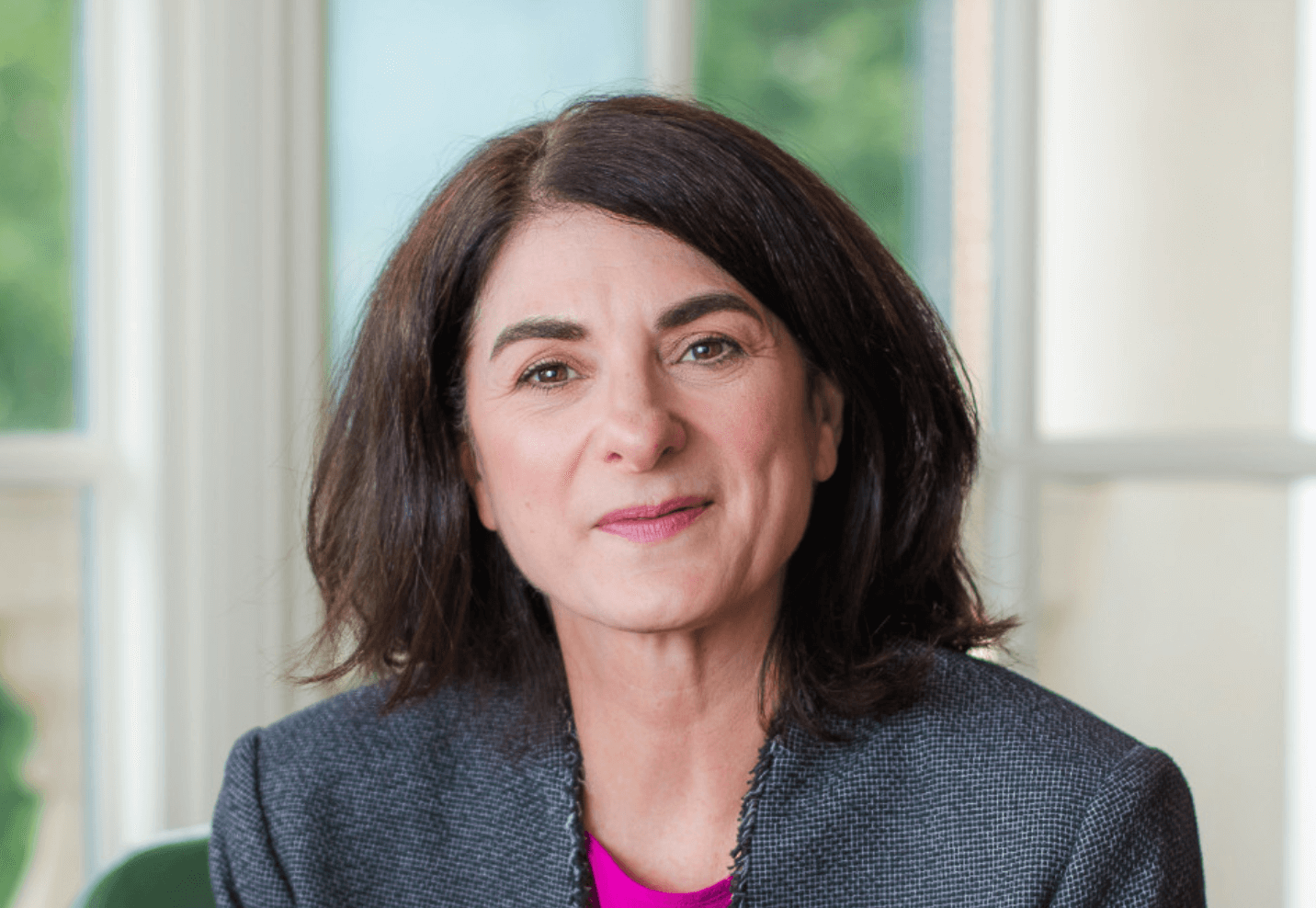 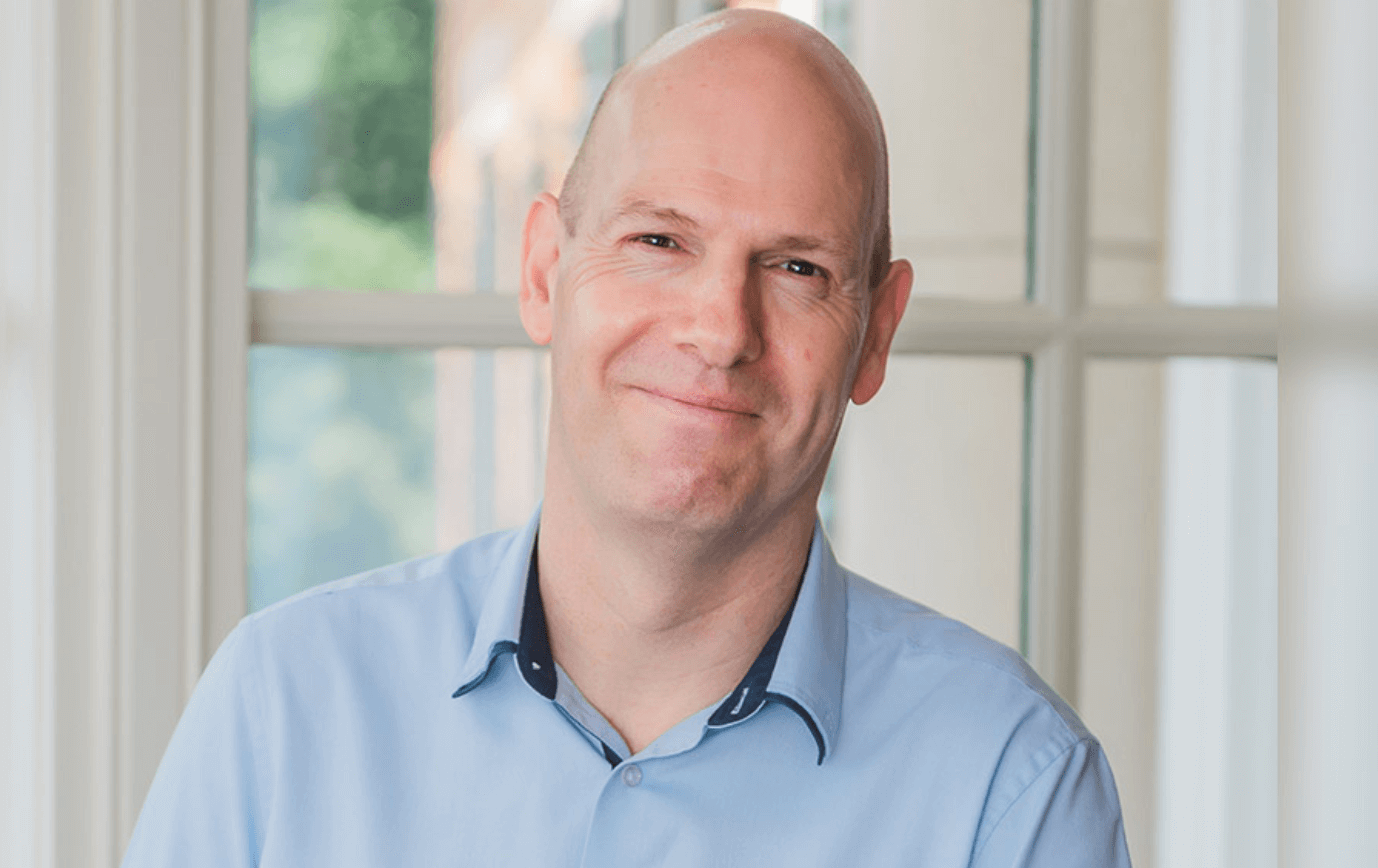 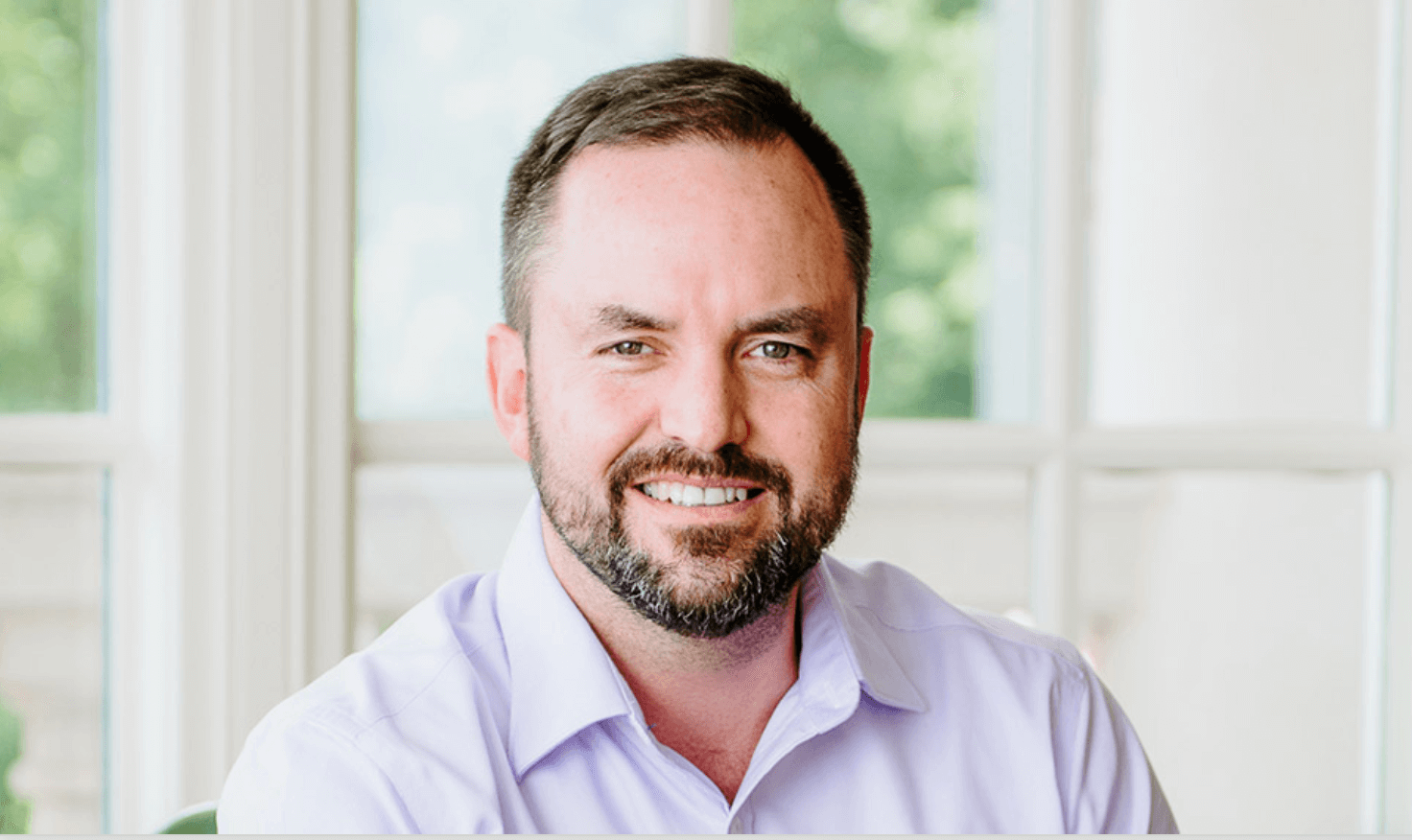 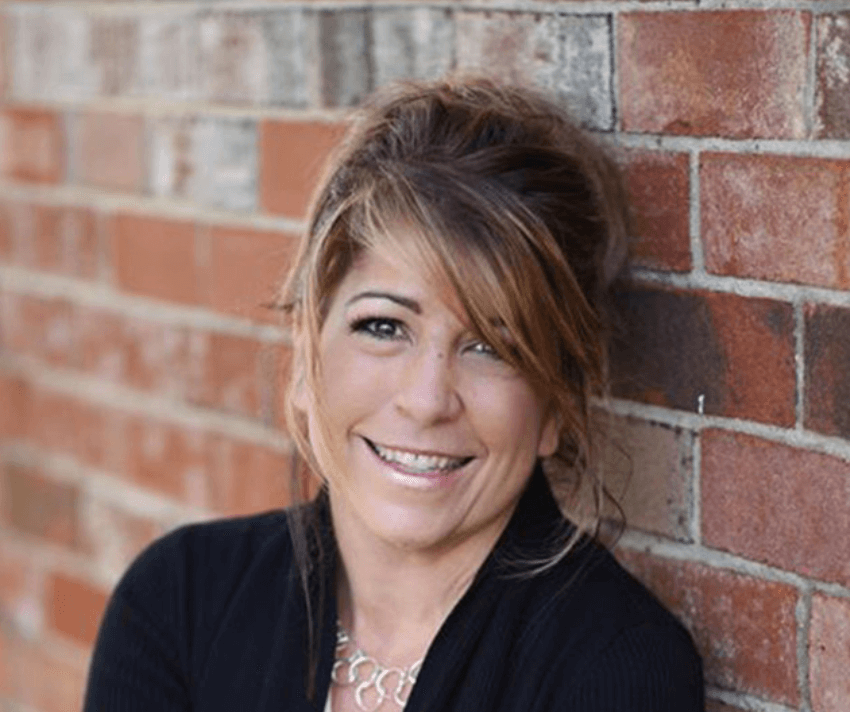 Dermot Desmond is Daon’s Founder, Owner and Chairman. Before setting up his own company in 1981, Dermot worked for Citibank Dublin, The Investment Bank of Ireland, Dublin and as a banking consultant to the World Bank on behalf of Price Waterhouse Coopers.

Presently, Dermot is Chairman of International Investment & Underwriting (IIU), which he founded in 1995. IIU is a private company, operating from the International Financial Services Centre in Dublin, specializing in direct equity investment and underwriting, funds management and capital markets trading.

In 1981, he founded National City Brokers (NCB) an interbank moneybroking company, which developed into Ireland’s leading independent stockbrokers. In 1994, he sold his stake to National Westminster Bank (now part of Royal Bank of Scotland).

In 1984, he founded Quay Financial Software, which grew out of NCB’s internal technology requirements. He sold his 80% shareholding in 1995 to CSK Japan. In 1985, he established Financial Courseware Limited, to develop training products for financial market professionals. Intuition, as the company is known today has a joint venture with the Harvard Medical School and the Royal College of Surgeons in Ireland.

Dermot conceived the establishment of a Financial Services Centre in Ireland in 1987. The Centre is a vibrant part of the Irish economy and is host to half of the world’s top 50 banks and top 20 insurance companies.

Dermot is Chairman of a charity called ‘Respect’, which was set-up by the Daughters of Charity to raise funds to develop their services to people with a mental and physical handicap, and a trustee of the Chester Beatty Library.

He was educated at Scoil Mhuire in Marino and at Good Counsel College in New Ross.

Dermot is an avid golfer and plays annually in the AT&T Invitational Pro-Am at Pebble Beach, California and at the Alfred Dunhill Links Championship at St. Andrews in Scotland. He also plays annually at the Father & Son Invitational Golf in Waterville, Ireland and has won the Tournament with each of his sons.

Tom is Daon’s CEO and a member of Daon’s Board of Directors. Tom oversees all strategic and operational aspects of the business worldwide and is based in Daon’s Fairfax, Virginia office. His career spans publicly traded Fortune 100 technology companies to early stage “pure play” software companies.

Tom is a member of the Advisory Committee of a joint venture with SMFG (Sumitomo Mistui Financial Group), providing cloud-based biometric Identity Services across a variety of markets in Japan. He is the Chairman of DTIS, a joint venture of Daon and the American Association of Airport Executives (AAAE). He is very active in advisory groups and previously served on the Board of Directors for TechAmerica’s Public Sector. Tom holds a B.S. in Business Administration from Central Michigan University and an Executive MBA from the Eli Broad School of Business at Michigan State University.

Tom is recognized in the biometrics and identity industry as a thought leader, regularly called on by the media to discuss how biometrics establish trust online, significantly enhancing security while improving the user experience. Tom was identified by Forbes as “One of the Five CEO’s Who Are Reinventing Industry Through Digital” and has appeared on national television programs, such as CNBC’s Squawk Box.

Conor White is part of the core team that founded Daon, joining the company as Chief Technology Officer in 2001 with the goal of designing and delivering trusted experiences that put human beings back at the center of digital transactions. In this role, Conor shaped the technology strategy for the company, including the development of its award-winning IdentityX platform.

Subsequently, Conor accepted the role of President of the Americas, where he currently leads all Daon activities in the Americas region (including North, South and Latin America) as well as those pertaining to certain global partnerships. His responsibilities encompass sales, business development, marketing, customer delivery and financial performance.

Conor has a proven, 25-year track record of innovation in digital identity and cybersecurity. He is an accomplished inventor, with more than 30 patents in the field of human authentication, and has architected some of the world’s highest-performing digital identity systems.

Conor is also a frequent speaker at international digital identity conferences on the topics of human identity, biometrics, and cybersecurity. He serves on several technology standards boards, both in the U.S. and abroad, and is a member of Daon’s Board of Directors.

Conor holds a B.Sc. in Computer Applications and an M.Sc. in Computer Science from Cork Institute of Technology. He is also a graduate of the Executive Leadership Program at Stanford University Graduate School of Business.

In his spare time, Conor enjoys traveling, playing bad golf and spending time with his wife and sons. In the last two years, he has become an avid cyclist (commuting almost daily when not traveling on business) and is seriously trying to find a way to get rid of his car!

Clive Bourke is President of EMEA and APAC for Daon and is a member of Daon’s Board of Directors. His team are responsible for all Daon’s business activities across Europe, the Middle East, Africa and Asia Pacific. They deliver and support biometric and identity solutions in banking, payment, public sector, aviation, telecommunication, gaming, online markets and fintech sectors.

Clive has been intimately involved in the development of Daon from start-up to an established global business with market leadership in biometrics and identity. With over 25 years of international technology experience, Clive brings a track record in taking multiple first-of-a-kind initiatives from concept to realization. He earned his Electronic Engineering degree from University College Dublin in Ireland.

In his free time, Clive enjoys going to the gym, running, hanging with family and socializing, reading and playing golf.

Diana’s experience in organizations serving government and commercial customers has provided her with extensive knowledge of the software, professional services and business process outsourcing marketplace, along with expertise in the federal procurement process and accounting requirements and practices. In addition, her experience includes broad-based financial management, proposal pricing models, IPOs, SEC reporting, mergers and acquisitions, systems implementations, and international operations. Prior to joining Daon, Diana was a senior management team member at MAXIMUS. Diana has a BA degree in accounting from the College of William and Mary, Virginia. Diana received a certificate from Stanford University – Strategic Leadership 4 CFO’s Program. She is also a member of the American Institute of Certified Public Accountants.

Diana enjoys spending time with her very big family and loves to travel. Many years ago, she lived and worked in Paris, France and that spurred a love of seeing new places. She is a dance enthusiast and also enjoys reading and watching movies.

As the CTO of Daon and a member of Daon’s Board of Directors, James Ahern is responsible for the research, development, and cloud services functions within Daon. He has overall responsibly for the technical leadership and direction of all Daon products and services. The Research team works on leading edge technology, developing new biometric algorithms which make it easier for consumers to interact online. The Engineering teams are responsible for the software products Daon delivers which incorporate that leading-edge research and support many of the largest authentication and biometric systems in the world. The Cloud Services team now delivers Daon’s software products as a service for customers with a scalable, secure and fully multi-tenant offering for small and large customers around the globe. James is Daon’s representative to the FIDO Alliance board and is an accomplished inventor with multiple patents to his name.

Prior to joining Daon, James worked at Electronic Data Systems (EDS) for seven years as a Systems Engineer where he developed and delivered computing systems for the US Government, General Motors, and a number of other clients. James holds a degree in Electrical Engineering and Microelectronics from University College Cork.

Martin is Daon’s Chief Legal Officer and Head of Government Affairs. As such Martin is responsible for managing all legal and regulatory activity across the company. Martin is also responsible for directing Daon’s political and government affairs strategy.

Martin was also one of the founding Directors of the European Biometric Forum – a non-profit organization launched by the European Commission in 2003 and in 2008 was nominated to act as Rapporteur for the newly founded European Security Research and Innovation Forum (ESRIF) working group responsible for Identification and Identity Management.

John Duggan and his team are responsible for all of Daon’s business across Australia, New Zealand and South-East Asia. They create, deliver and support innovative biometric and identity solutions in both the commercial and public sectors including, but not limited to, digital identity services for bank and telco consumers, citizen identity services and border security.

John manages the functions of sales, business development, solution delivery, customer service and administration. He has over 20 years of experience with identity technologies, significant commercial experience and a strong track record of negotiating new business agreements for Daon. John is a graduate of University of Dublin, Trinity College, with an Honors Bachelor Degree in Mathematics.

John enjoys sailing, swimming and anything to do with the sea, with his kids.

Most recently, he was the General Manager of the Digital Line of Business at Nuance Communications. Prior to that role, he served as the VP of Worldwide Marketing at Nuance where he was responsible for all inbound and outbound marketing activities for the Enterprise Division, which included the security and biometrics business. George joined Nuance as part of its acquisition of TouchCommerce, where he was the CMO and helped grow its business, customer base, and industry recognition.

George has more than 30 years of experience at both publicly and privately held companies, primarily in the B2B SaaS space. He has held various senior marketing positions at global companies including SGI (acquired by HP), DigitalPersona (acquired by CrossMatch), Wyse (acquired by Dell) and NEC computers.

George holds a BSEE and an MBA from the American University of Beirut (AUB). He speaks three languages fluently and has lived and worked in many international time zones. He enjoys the outdoors whenever he can, whether he is hiking, golfing or cycling.

As Global Head of HR, Kathleen Kozlow and her team are responsible for the global HR function with a core focus on leading the company’s efforts to attract, develop, and retain world class talent. Kathleen has more than 20 years’ experience in the field of Human Resources and is accomplished in building high performing teams and transforming HR departments for organizations ranging from start-up to maturity with populations of 20 to over 10,000.

Kathleen enjoys the outdoors (hiking and bike riding), cooking and baking, visiting local wineries and being creative and artistic (sketching, painting and writing).

At Daon, we seek the best and the brightest from around the globe. Our team members work with cutting-edge technology and support some of the largest identity projects in the world.

The protection and compliant management of the data of our customers, employees and other stakeholders is a top priority of the company. We operate in accordance with global privacy and data protection regulations such as the EU General Data Protection Regulation (GDPR).

To support our compliance and data governance programmes, we’ve invested significant resources into the development and operation of our Information Security Management System (ISMS) and Privacy Information Management System (PIMS) which are independently audited and certified against the ISO 27001:2013 standard and ISO 27018:2019 & ISO 27701:2019 extensions to the international standard.

Daon designs all its processes and procedures to meet our stated commitment to maintaining data privacy and the trust of all who rely on our platforms and services. Our recently completed SOC 2 Type 2 examination is a testament to this commitment.